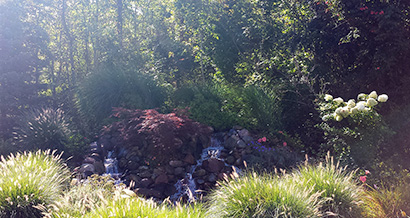 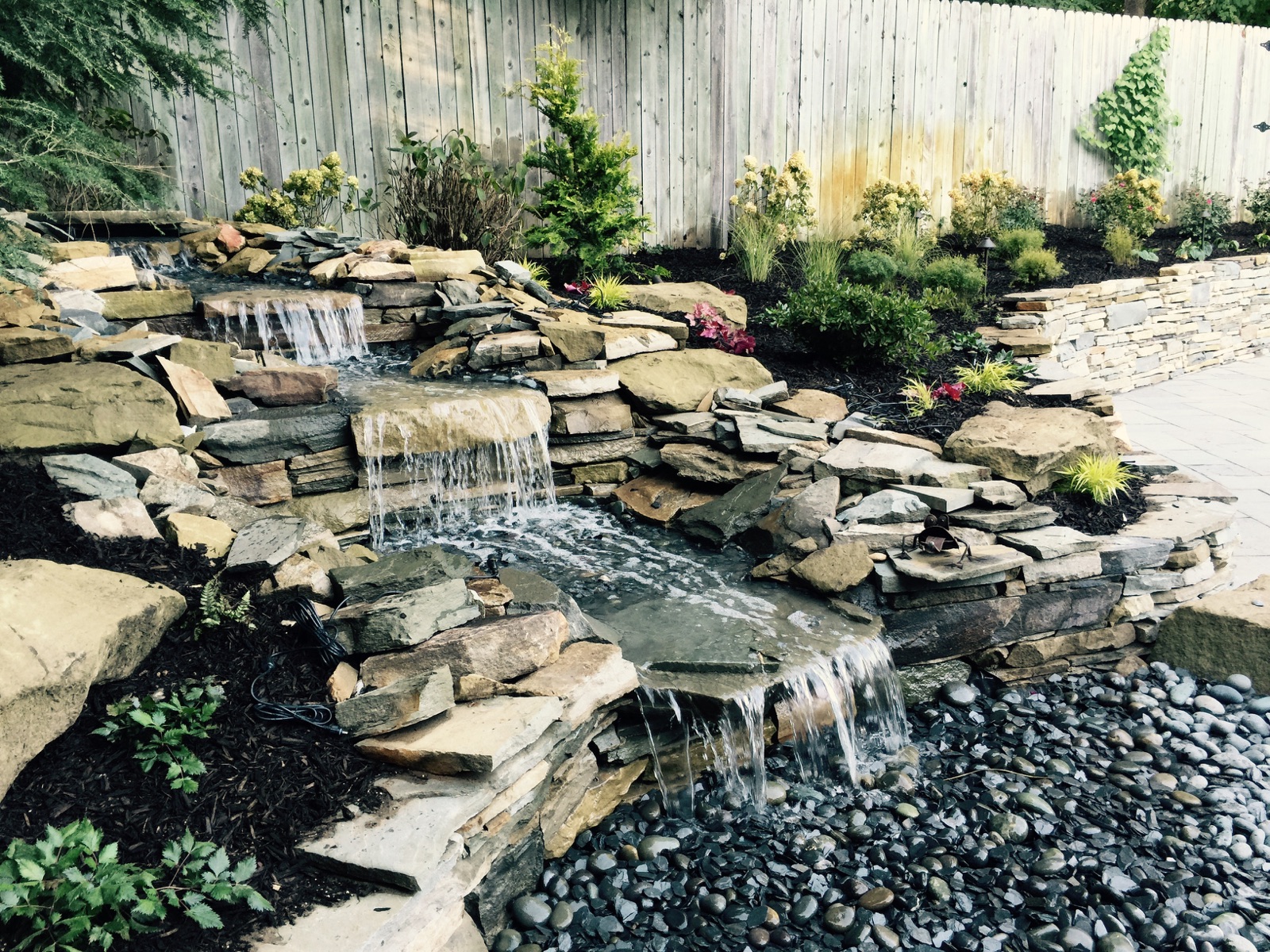 Lawn Boys can help you transform an outdoor living space into a beautiful paradise where you can relax, unwind, and enjoy quality time with family and friends with the beauty of water.  Water features become the focal point of any garden with their melodious tunes and natural ability to attract a variety of birds and butterflies.  Whether you tuck a decorative fountain near the entrance of your home or create a backyard habitat with an ecosystem pond and waterfall, you’ll find each day enhanced when you waterscape your landscape. Whether you have an expansive lawn or a small balcony, you’ll find a water feature to suit your lifestyle and budget.

Ponds are some of the most relaxing and elegant features that one can add to their landscapes. These features are easy to create and add an additional ecosystem to your landscape. One can truly let their creativity shine in this endeavor and, provided that one chooses the right supplies for the task, the pond water feature may well prove to be the standout aspect of their landscape.  Lawn Boys can help you with the design and installation of your pond so that you may create a water ecosystem that includes all of the following:

How does it work?   The water is captured in an underground basin, which houses the pump equipment, and is lined and filled with rock and gravel. The water is circulated from beneath the rocks and gravel by the concealed submersible pump and travels through an underground pipe to the waterfall, down the stream and empties into the pondless basin.

Why a pondless waterfall? The pondless waterfall is virtually maintenance-free. It may be set to run on a timer and have an auto-fill to replace evaporated water. There is no ecological need to run the pondless waterfalls energy-efficient waterscapes system continuously, versus a pond, which is a living, breathing ecosystem that needs constant oxygen, just like humans.  It is great for people who want to enjoy the sound and tranquility of running water, but don’t want to fuss with the maintenance of a pond.